Full Moon Heart was an acoustic quartet that was formed as a result of a weekly music jam in Waitsfield, Vermont.   There were some gifted musicians that used to come to my band mate’s woodworking shop, and I am very fortunate to have had the chance to  have created music with them.    The jam sessions were very casual and relatively small in the beginning;  a few guitars, mandolin, upright bass, banjo, and on special occasion, a drummer and tin whistle player.   Eventually, the jam got quite large, and a few of us decided to regroup so that the original songs that I and another band mate were writing could be further developed.

From those sessions, a weekend gig at a local tavern manifested, followed by open mic nights and various other musical festivals in and around the state.  It was at the Falcon Ridge Folk Festival in 1995 that I first heard Peter Mulvey play, and I have been a fan of his music ever since.  I used to be able to see his shows when he would come to Vermont, but have not seen him perform in over two years.

Peter is playing in Berkley, California this Saturday, October 19th at the Freight and Salvage but I am, regrettably, not going to be able to make it, and neither will Full Moon Heart.   Instead of making a solo, 4 hour round trip drive to catch his show, I’ll buy his latest CD to add to my collection.   He is a remarkable musician, storyteller, and philanthropist.  Give him a listen if you get the chance.  Better yet, watch and hear him play his magic in a live show whenever he’s in a town near you.
http://www.petermulvey.com

Did you enjoy your visit to the Garden today? Cancel reply 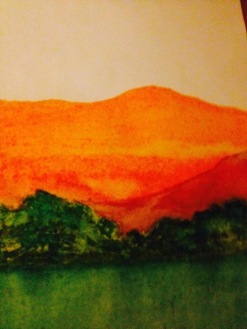